The Wrong Way Round Bike Ride is back for 2016.

Now in its 8th year, the Wrong Way Round Bike Ride is a cycling event for the people of Yatton Keynell and the surrounding villages, and anyone else with a connection to our area.

Full details of the two available routes, entry forms and everything else you need to know is available on the Wrong Way Round website.

In 2015, over 200 spectators and supporters gathered at Yatton Keynell village hall to cheer on the riders and welcome them home at the finish. For some cyclists the day began at 5am, with around 15 hardy souls leaving Hyde Park Corner, heading for Yatton Keynell, a challenging ride of 97 miles – the distance made famous by the iconic village milestone. They were joined en-route by several other riders opting for a shorter A4 variation. Meanwhile, at a slightly less daunting hour, 115 cyclists enjoyed the relaxed 19-mile loop on country lanes around Yatton Keynell.

Some regular cyclists worked up a sweat by completing five laps (almost equivalent to 97 miles), while other participants simply enjoyed a one-lap tootle, or the –n-between option of two or three laps, stopping for lunch or tea and cake at the village hall before continuing.

Many riders raised money for their own favourite charity. Others did it just for fun. From entry fees and food sales, around £1800 was raised for local good causes (Friends of By Brook Valley school, Yatton Keynell under 5s preschool, Yatton Keynell Youth Club, St Margaret’s Church remodelling fund). Event organisers David Else, Mark Adams and Andy Frances said “It’s not really about the money. It’s about getting everyone together from Yatton Keynell and the surrounding villages, and simply having a good time.”

The organisers extended their thanks to local companies for supporting the event, including Michael Antony Estate Agents and John Williams Heating for sponsoring the barriers and finish arch, Ripe Digital for the posters and publicity, and Eventimate Sound & Vision for the PA. Behind the scenes, Bybrook Design & Development and The IT Guy provided technical support, and Halfords Chippenham store provided two mechanics to keep everyone rolling smoothly on the day. Other key sponsors were Andy Cook Cycling (logistical support), Sarah-Jayne’s Café, Chippenham (food supplies), Phillips Car Bodywork (transport services), Castle Combe Brewery (refreshment services).

The new HQ and finish line at Yatton Keynell Village Hall proved successful – a more family-friendly location, with plenty of room for picnics and a mammoth game of rounders on the field. The organisers expressed their thanks to YKRA for the use of all the facilities.

The day ended with some wonderful live music from Henry & Georgia (who’d have thought so many adults would sing along to the theme tune from Frozen?) while the cyclists completed their final lap or final miles on the road from London, and spectators enjoyed their final glass of beer or prosecco. For everyone – riders, spectators and supporters – the Wrong Way Round 2015 was certainly a day to remember.

A selection of photos from this year’s event,
courtesy of Mike King. 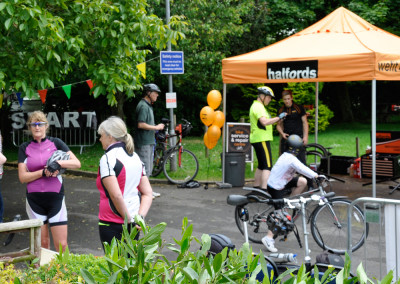 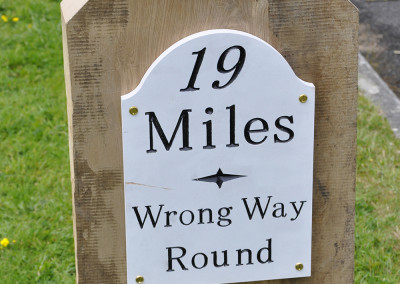 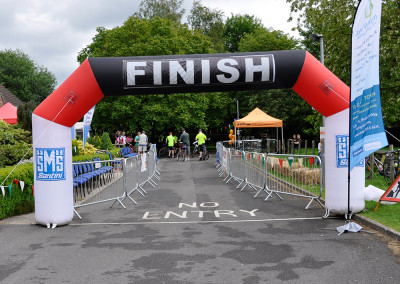 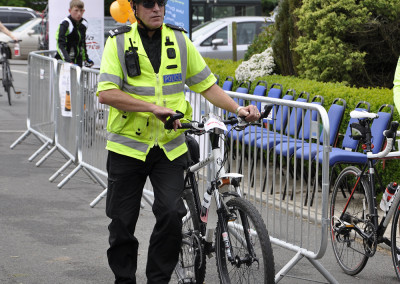 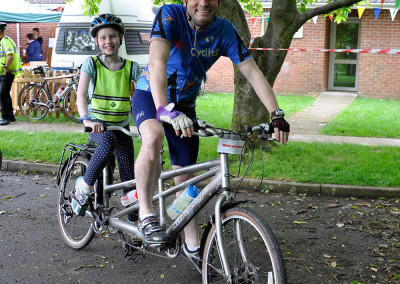 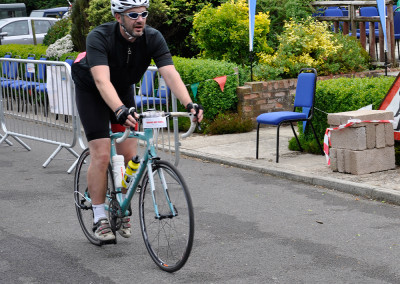 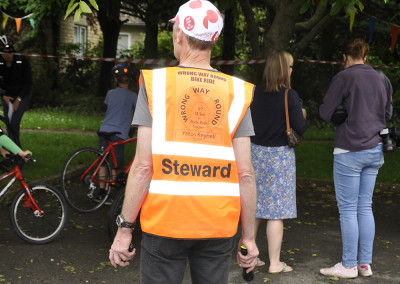 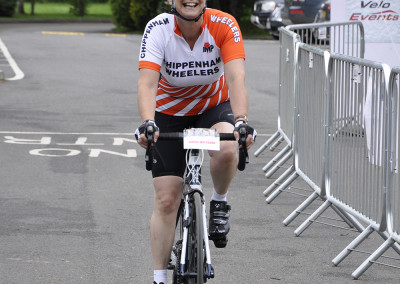 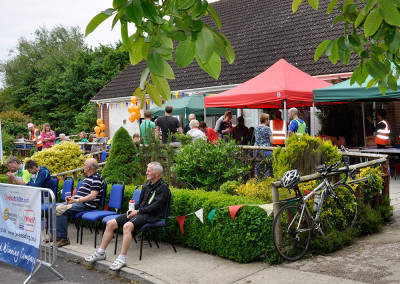 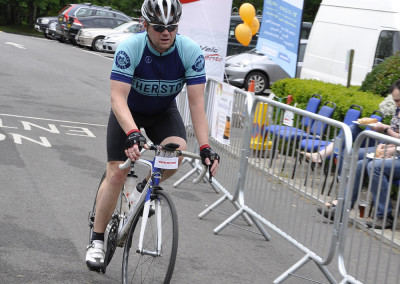 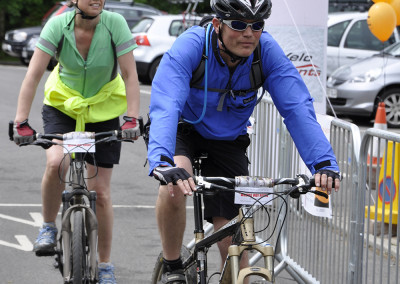 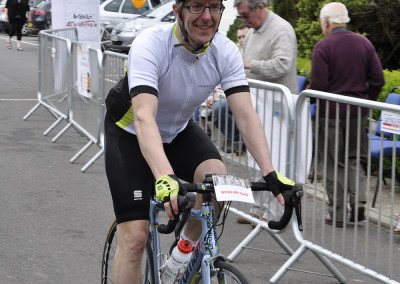 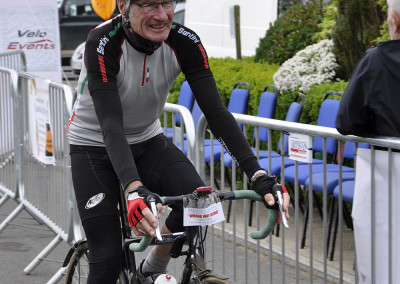 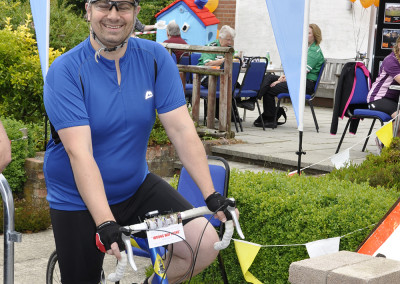 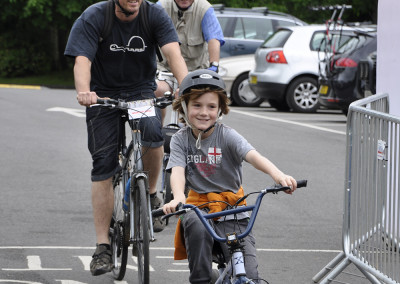 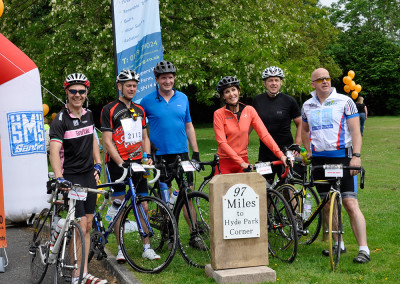 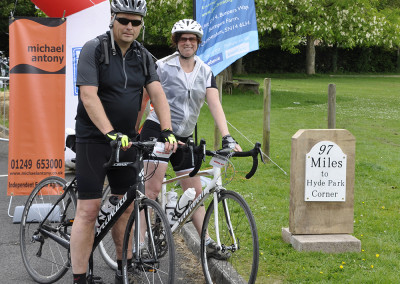 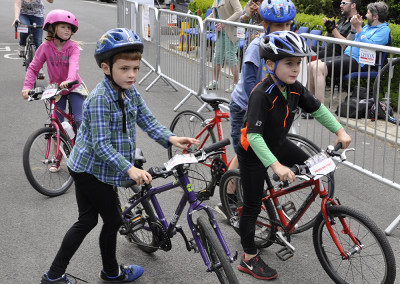 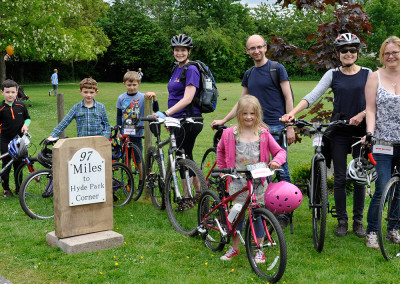 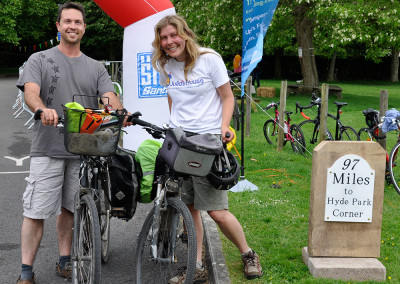