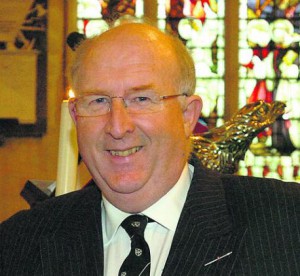 From now until Sunday 10 March 2013 members of the public can read the draft plan and give their views on the Commissioner’s website – www.wiltshire-pcc.gov.uk

Mr Macpherson said: “It is very important to me to gain the views of as many people in Wiltshire and Swindon as possible on my draft Police and Crime Plan. The final version of this document will set the strategic direction of policing in Wiltshire and Swindon for the next four years. This includes the key initiatives I will implement during my term in office.”

“It is an important document and I strongly encourage people to log on to www.wiltshire-pcc.gov.uk to read the draft plan and leave comments.”

The Police and Crime Plan is a much wider reaching document than the previous Policing Plan produced jointly by Wiltshire Police Authority and Wiltshire Police. As well as working with the police, it will include working with partners, such as local authorities and voluntary community sector organisations.

As part of the consultation process, Mr Macpherson held three workshops with the voluntary and community sector about the plan in Swindon, Salisbury and Trowbridge in January and February. He has also met with chamber of commerce groups.

Mr Macpherson, and representatives from his office, have also attended Wiltshire Council Area Board and Swindon Locality meetings to talk to people about the forthcoming plan.
Mr Macpherson’s draft Police and Crime Plan focuses on working with communities and partners and is divided into six main sections:

Key initiatives within the plan include:

There is also an underlying theme throughout the draft plan – partnership, pro-activity, prevention. This is key to Mr Macpherson’s plan in helping to reduce crime and anti-social behaviour in Wiltshire and Swindon.
You can read the draft plan and give your feedback from now until Sunday 10 March on the Commissioner’s website www.wiltshire-pcc.gov.uk<http://www.wiltshire-pcc.gov.uk>. All feedback will then be considered before the final plan is published at the end of March.
As well as the draft plan itself being published on the website, members of the public can read an executive summary of the draft plan and download each section of the plan separately.
Printed copies of the draft Police and Crime Plan are available on request by contacting the Office of the PCC on 01380 734022.
ends