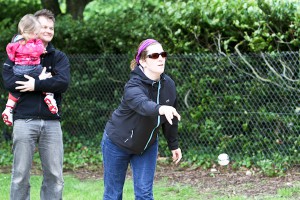 Come and enjoy a game of Boules every Thursday evening (weather permitting) throughout the summer at the Boules court at Jubilee Field, just in front of the Village Hall.

No experience or equipment is necessary, but Boules is best played with a glass of your favourite tipple, so do bring a bottle.

Games will start from 7pm.

Boules is a range of games played with metal balls, popular in France and Italy. The objective of the game is to throw heavy balls as close as possible to the target, or jack. 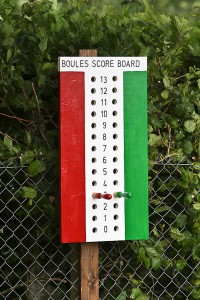 Pétanque, a popular form of Boules, is played by two, four or six people in two teams, or players can compete as individuals in casual play. In the singles and doubles games each player has three boules; in triples they have only two. A coin is tossed to decide which side goes first, the starting team then draws a circle on the ground which is 35-50 centimetres in diameter; all players must throw their boules from within this circle, with both feet remaining on the ground. The first player throws the jack 6–10 metres away; it must be at least one metre from the boundary.

The player who threw the jack then throws their first boule. A player from the opposing team then makes a throw. Play continues with the team that is not closest to the jack having to continue throwing until they either land a boule closer to the jack than their opponents or run out of boules.

Play ends, and points may be scored when both teams have no more boules, or when the jack is knocked out of play. The winning team receives one point for each boule that it has closer to the jack than the best-placed boule of the opposition.