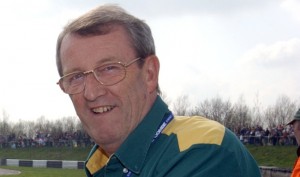 Howard Strawford, the man who rescued the Castle Combe Circuit from oblivion and built it in to the most successful venue of its kind, sadly passed away in the early hours of Saturday 23 February, aged 77, following a stroke.

Howard took the brave decision to purchase the circuit in 1976, and with his stalwart wife Pat providing constant support and encouragement, saved it from closure, going on to secure its future for the pleasure and satisfaction of innumerable drivers, riders, employees and spectators.

The rich legacy of motorsport created by Howard will continue for the benefit of motorsport enthusiasts both locally, nationally and internationally.

Many village groups, including YKRA, Yatton Keynell Under 5s and Bybrook Valley School have benefited from the support of Howard’s circuit, as well as many other local businesses including the village stores and The Bell Inn.