Castle Combe Circuit opened just 18 months after Silverstone in the summer of 1950, making it one of the longest established circuits in the UK, and for over 60 years has been at the forefront of motor sport in the South West. From a venue struggling to survive in the 1950s, to a track facing imminent closure in the early 1970s, since 1976 owned and run by the Strawford family, the now thriving circuit today provides thrills and enjoyment for thousands.

Today, the circuit boasts modern facilities for competitors and spectators, providing what is generally recognised as the closest circuit racing in British motorsport. In addition, Action Days, Racing & Rally School Driving Experiences and Track Days provide many opportunities for car and bike enthusiasts to drive on this fast and demanding circuit.

The Circuit Archive includes programmes, news reports, results sheets, photographs and memorabilia from 1950 onwards, and we are always interested in donation or loan of more of the same. Although the Archive is not open to the public, we always endeavour to answer any questions relating to the Circuit’s history. Please contact the Circuit for further information. 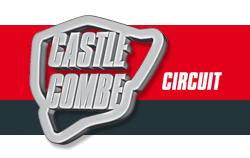