Barbel Fishing World (BFW) was established in 1996 by Andy Frances and was originally intended as a hobby. When the site first went live, bfw had just a handful of members who visited and posted on the message boards as well as contributing articles and details of their catches. Through the continued support of these visitors and many new members over the years, bfw has become established as the most popular barbel site on the web!

The site has evolved and expanded massively since then and in 2003 Claire (Andy’s wife) took over the day-to-day management of the site and online shop as a full time concern. Claire is now on maternity leave so the reins are back in Andy’s hands.

Through its lifetime, BFW has been aided by a small team of devoted barbel anglers who volunteer their time freely to ensure the site remains one of the best on the internet. 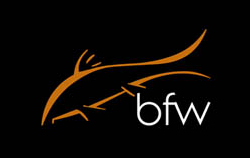